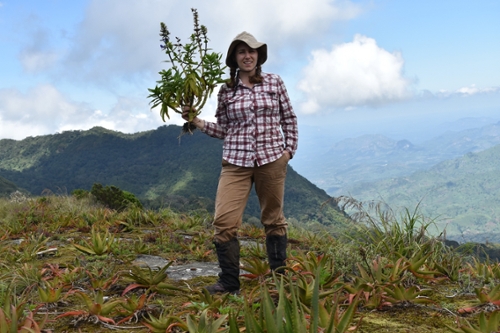 The Eastern Arc (EAM) is a chain of mountains in Tanzania and Kenya that are home to over 536 endemic plant and 100 endemic animal species, and globally renowned for its biodiversity value. Many of these endemic species are found in just one or two mountain blocs. With over 40 taxa (species and subspecies) endemic to the EAM—more than any other plant genus—Impatiens (commonly called “touch-me-nots”) exhibit a diversity of floral forms and habitat preferences, making this plant group well suited to explore the evolution of EAM plant endemism. The aim of my dissertation is to understand the processes underlying the current diversity and distribution of EAM Impatiens. With increased sampling of African taxa and increased gene coverage with target enrichment, I use phylogenomics to identify signals of hybridization among EAM species, and to identify shifts in the rate of diversification and their correspondence to novel floral or ecological traits. Extracting single nucleotide polymorphisms (SNPs) from assembled loci generated through the target enrichment process, I quantify gene flow between populations and investigate shared or structured genetic variance in light of the EAM landscape and floral morphology. I use SNP datasets together with phylogeny to reconstruct the origins and history of EAM Impatiens.

My botanical research is in collaboration with Tanzanian scientists, the field work employs Tanzanian botanists, and Tanzanians from forest-adjacent communities, and it seeks to improve conservation of EAM biodiversity. Effective conservation will ensure that rural livelihoods that depend on the EAM can continue to draw benefits from this remarkable biodiversity area. Underpinning my research goals is my commitment to supporting local expertise and leadership, providing opportunities for scientific collaboration, student exchange and mentorship. 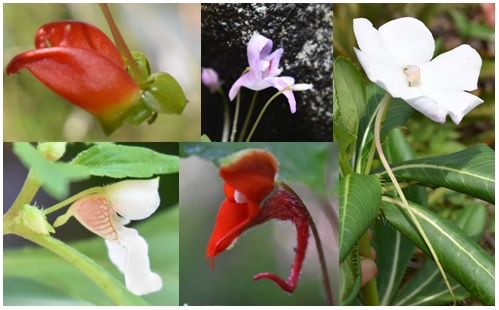 I assessed mate limitation in remnant populations of two species which are self-incompatible and reproduce clonally: Aster furcatus (Eurybia furcata) and Cirsium hillii. Populations of both species showed severe mate limitation. My results indicated that introducing pollen from outside populations can effectively relieve mate limitation and increase seed set. Commonly referred to as genetic augmentation or genetic rescue, the long-term effects of this management practice are seldom measured. Assessing four populations of Aster furcatus that, because of management practices in the 2000s, are now composed of mixed lineages, I found significantly less mate-limitation. The open seed set in these populations was nearly three times higher than in remnant populations with no history of mixing. Seedlings grown from all crosses showed no evidence of inbreeding nor outbreeding depression, supporting the use of genetic augmentation as a management tool for rare species with reduced mate availability.

This woodland forb has been genetically augmented in some Illinois populations, but due to its clonal growth habit, it’s difficult to discern the effective size of a population. I use seed set resulting from crosses to determine compatible genotypes. Analyzing the spatial distribution of compatible mates in remnant and augmented populations of Eurybia furcata, I hope to better understand the relationship between mate location and reproductive fitness, and the longer-term consequences of genetic augmentation.